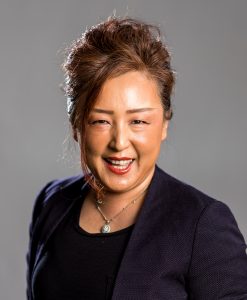 Diane Sim is the Founder and Executive Director of IC Future, Inc., a non-profit organization specializing in youth career and work force development. In this capacity, she has been working passionately to develop career mentorship programs for high school students. By identifying and cultivating early career growth of younger generations, she focuses on leading them to high performing industries in Los Angeles. Concurrently, she has been facilitating high performing industry involvement by inviting participation of professionals from IT, manufacturing, aerospace, financial, entertainment sectors, and more. By closely working with local governments, she promotes public policies that support long-term economic development benefits through cultivating local work forces from early ages and help them be the leaders of the local economy.

In addition, Diane has joined various other non-profit agencies such as APEX as a Developing Board Member to facilitate and extend the expertise of network to develop other agencies.

Prior to founding the IC Future, Inc., she worked as an auditor at Office of Inspector General of the United States Department of Health and Human Services. She also operated and managed law firms of various specialties. Diane holds B.A. from UCLA in Economics and Accounting.